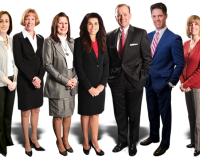 A Lackawanna County jury on Monday found the hospital guards who chased two University of Scranton students 65 percent responsible for the death of one and the injuries of the other when they fell 75 feet from a cliff.

The jurors are scheduled to return to Judge Frank Eagen’s courtroom today to hear testimony on the damages that should be awarded to Jerome Majeski Jr. of Plains Twp., who survived, and the estate of Peter Graybar, who lived in East Brunswick, N.J.

Community Medical Center and the three guards will have to pay 65 percent of the amount of the jurors decided after that testimony, which will revolve around pain, suffering and lost earnings.

The case was not clear-cut because the chase into a dark Nay Aug Park on May 9, 1991, never would have happened if the men had not been trying to steal a street sign for another student. That resulted in the jury’s finding the men 35 percent responsible for what happened.

“They ran because they were doing something wrong and didn’t want to get caught,” attorney Michael Perry, lead defense counsel, said. The guards were just doing their jobs because there had been a rash of vandalism and car break ins at the time, he added.

Attorney William Anzalone, represented the Graybars, said there would have been no tragedy if the guards, who had no authority to chase the men, had not started the pursuit.

Perry argued that “there was no chase.” He pointed that Majeski, in an interview about five weeks after the incident, did not tell police he and Graybar had been chased.

Majeski, who was badly injured, said he did not clearly recall everything until August.

“They were herding these kids like animals,” retorted attorney Neil O’Donnell, Majeski’s counsel, who argued the guards and the hospital tried from the beginning to cover up their role in the incident. He and Anzalone wondered whether the guards would have spoken up if Majeski had not survived.

Majeski testified that the guards were in full pursuit so he and Graybar started running out of fear. The guards said they ran into the park but turned back before they went too far.

Richard Conway, Donald Biel Jr. and James Giehl – the guards – did go too far, O’Donnell said. The street sign was still there, and there was no sign of car tampering, he said, so they should not have entered the park.

O’Donnell contended there were serious questions about the guards’ account of what happened. Despite references to a report made immediately after the incident, he said, no report ever was produced.

He also said the guards met with the hospital’s public-relations department before talking to police.

And the guards’ subsequent reports and testimony, O’Donnell argued, indicted they had gone much deeper into the park than the ston e building where they said they spotted the students.

“Who runs 200 yards into a dark park without being chased?” O’Donnell asked the jurors. “No one,” he said.

The attorneys referred to the testimony of Joseph Santos, another CMC employee, who said he witnessed the incident from the hospital roof.

Santos said he saw the guards enter the park, lost sight of them in the dark and went back to his work when they did not emerge in 10 minutes.