Members of the Wilkes-Barre Law and Library Association were admitted to argue before the U.S. Supreme Court in Washington, D.C. 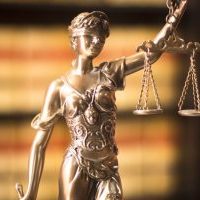 “It was very nice, indeed,” said attorney Frank Nocito of the trip to the nation’s capital. “It is a great accomplishment.”

Attorney Joseph Cosgrove said the association had been planning the event for nearly two years.

During the ceremony, Cosgrove read each name of the 38 lawyers who were sworn in by Chief Justice John G. Roberts Jr.

“A lawyer who is in good standing in the Pennsylvania Bar Association and been practicing for at least three years can move for admission to the Supreme Court,” Cosgrove said. “It allows them to file petitions and briefs and argue before the Supreme Court.

It also grants them access to the Supreme Court’s library, Cosgrove said.

Following the swearing-in ceremony, a reception was held; the newly appointed lawyers to the Supreme Court had a chance to meet Associate Justice Ruth Bader Ginsburg.

“We’re standing in this beautiful room with paintings of the justices and we’re talking with Justice Ginsburg,” Cosgrove said. “It was truly an honorary event.”

After the reception with Ginsburg, most of the members took a tour of the U.S. Capitol building arranged by U.S. Rep. Paul E. Kanjorski, D-Nanticoke, Nocito said. State Sen. Charles D. Lemmond Jr., R-Dallas, was also on hand.