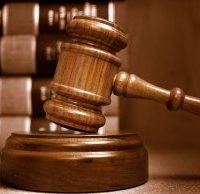 A New Columbia couple recently won what is reportedly the largest personal injury award ever granted by a jury in Union County.

The couple sued both the driver of the truck involved in the accident and his employer.

They were in a vehicle involved in an accident with a tractor-trailer truck in January 2004. Nathan Bingaman, a driver for Ken Smith Farms, Middleburg, was making a left turn from the northbound lanes of Route 15 at the Silver Moon and turned directly in front of oncoming traffic, according to the lawsuit. The tractor-trailer blocked the center southbound lane and part of the outside lane, causing a collision with the Felix vehicle, which was traveling south.

The accident left Ms. Felix with severe injuries, according to her attorney, Neil O’Donnell, of Wilkes-Barre. She had to have a 12-inch metal plate placed in her left leg and will need to undergo further surgeries.

In addition to the award to Ms. Felix, Mr. Felix was awarded $5,000 for loss of consortium.

By O'Donnell Law Offices | Posted on May 28, 2006
« Philadelphia Magazine – Pennsylvania Super Lawyers 2006
Thank You for Support of Outreach Programs »