Tiger Woods and His Restaurant Sued for Over-Serving Alcoholic Staffer 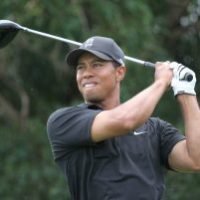 The Estate of the employee, identified as Nicholas Immesberger, filed the lawsuit alleging their son worked as a bartender at “The Woods Restaurant” in Jupiter, Florida. According to the suit, Nicholas Immesberger finished his shift on December 10, 2018, but stayed at the restaurant for hours where he was served alcohol to the point of “severe intoxication”. Florida Highway Patrol confirmed Immesberger’s blood alcohol was at .256, more than three times the legal limit. Immesberger reportedly swerved across three lanes of travel before becoming airborne and overturning his vehicle.

Like Pennsylvania law, Florida law places an obligation on tavern owners not to over-serve patrons alcohol and not to serve alcohol to intoxicated patrons. In this instance, it is the intoxicated patron himself who is suing the bar — commonly referred to as a “first party” dram shop claim. While there are inherent strategic challenges in such a claim, here, Tiger Woods is alleged to have known Nicholas Immesberger personally, knew that he had an alcohol problem, and allowed him to drink in the bar where he worked. The case will likely proceed in discovery, through Motions, and perhaps to a jury trial.

In the meantime, what do you think?

By O'Donnell Law Offices | Posted on May 16, 2019
« Is Alexa Listening to Me?
Common Causes of Truck Accidents in Pennsylvania »