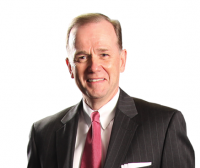 In early June of 2015, a drunk driver struck andkilled a 31-year-old woman who was jogging along Lakeside Drive in HarveysLake. The driver, a 54-year-old male who had been drinking at Grotto Pizza,fled the scene of the accident and was found hours later by police with a bloodalcohol concentration (BAC) 2 ½ times the legal limit.

After the incident, the woman’s family filed a lawsuit against Grotto Pizza and American Legion Riders Post 672, a venue located in Dallas, Pennsylvania. Attorney Neil O’Donnell is representing the estate of the woman who lost her life in the crash.

There are several issues surrounding the case.First, Grotto Pizza and American Legion Riders Post 672 oversold the man responsiblefor the DUI crash even though he was visibly intoxicated. Multiple cameras inthe pizzeria recorded the defendant being overserved. However, Grotto failed topreserve this crucial video evidence.

Neil O’Donnell filed a motion arguing thatGrotto assured law enforcement and the estate of the deceased woman that itwould preserve all video evidence from the date of the accident. The motionargues Grotto destroyed this crucial video evidence in bad faith.

In the motion, Neil O’Donnell wrote “Had Grottofulfilled its duty to preserve all of the surveillance video from that night,the jury would have a much clearer picture as to whether Michael Scavone wasvisibly intoxicated at the time of being served. Grotto must not be permittedto destroy extremely relevant evidence and then argue to a judge or jury thatthere is no evidence to support the plaintiff’s claim.”

The defendant is serving 7 to 16 years in prisonfor vehicular homicide, causing an accident involving death or injury and twocounts of driving under the influence of alcohol.

What Are Pennsylvania’s Dram Shop Laws?

You should speak with a Wilkes-Barre car accident lawyer if you or a loved one suffered harm due to a drunk driving accident. It may be possible to recover compensation that can pay for your damages, such as medical expenses and lost income.

If you want to determine whether it would be possible to recover compensation from a drunk driving accident, then we encourage you to call O’Donnell Law Offices for a free consultation. Our attorneys can explain whether you have options. Call us at 570-821-5717 or use the online contact form on our website.

By O'Donnell Law Offices | Posted on August 7, 2019
« A New Court Ruling Helps Sex Abuse Victims
Why Should I File a Truck Accident Lawsuit? »