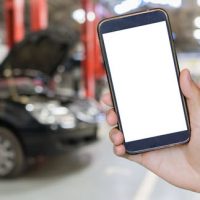 A car accident happens in a split second, but the aftermath can last months or even years. If you were injured in a car accident caused by someone else’s negligence or recklessness, you might have the legal right to pursue a claim for your damages. Personal injury claims can be complicated, which is why you need all the evidence possible that supports your version of the accident. One of the most valuable pieces of evidence in a claim is scene photos.

Photos of the accident scene can provide valuable details that cannot be recreated during the claims process. Images can also be proof that the accident occurred the way you said it did. You might assume photos are no big deal since the police officer wrote a comprehensive report. However, words can’t capture what an image does in this situation.

At O’Donnell Law Offices, our auto accident lawyers have extensive experience representing clients following injury car collisions. We know how essential scene photos are and what kind of impact they can have on your case. If you have questions about pursuing a car accident injury claim, feel free to give us a call. In the meantime, here’s a look at some of the reasons why photos are so important.

Photographs Provide Some of the Best Evidence

Following an accident, adrenaline is pumping, and it’s a confusing time. You may miss important details or leave something out when telling your version of events to the police officer who is making a report. When you have scene photos, you capture things you may have missed immediately following the accident.

Photos depict important details that cannot be duplicated if you return later to take pictures. Immediately following the accident, you can document the conditions at the scene. That includes weather, lighting, whether there was construction around, what traffic was like, etc. The other party might claim additional damage later on that wasn’t present at the scene. In rare cases, the driver may claim later that they weren’t in the accident.

Your photos can also show elements that you don’t know are important at the time. For example, get pictures of all the surrounding areas. You may get a photo that shows security cameras in the region that could have footage of the accident. Maybe there is landscaping that was partially blocking a stop sign or traffic light. That landscaping could be trimmed if you go later to retake photos.

Photos May Help Track Down Witnesses

If you get photos of everyone around, there may be additional bystanders who witnessed something. A good investigator might track down these people who were at a nearby building or bus bench.

If you were injured in an auto accident caused by someone else’s negligence, you need an attorney who can help you pursue the compensation you deserve. Don’t let the other driver’s insurance company intimidate you or offer you an amount that is far less than your case is worth. Contact O’Donnell Law Offices to speak with one of our skilled car accident lawyers. We serve clients in Kingston, Wilkes Barre, Hazleton and Pittston.

By O'Donnell Law Offices | Posted on December 11, 2020
« Preparing for Your Initial Consultation with a Social Security Disability Lawyer
How to Keep Yourself Safe as a Pedestrian »