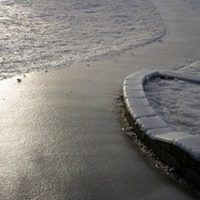 Whether you are ready for it or not, winter is coming to the Keystone State. Every year, a staggering one million Americans slip and fall on snow or ice. Back injuries, broken bones, and head injuries are the most common wounds. These falls often have psychological effects as well. For example, many older fall victims are so afraid of falling again that they essentially become voluntary invalids.

Due to the serious nature of these visible and invisible wounds, a  personal injury attorney might be able to obtain substantial compensation for these victims. This compensation usually includes money for economic losses, such as medical bills, and noneconomic losses, such as pain and suffering. Additional punitive damages might be available as well, in some extreme cases.

Most states, including Pennsylvania, use a victim classification system rooted in common law to determine legal responsibility in these situations.

Legal responsibility, or the lack thereof, is usually a question of law which the judge must decide. Knowledge of the hazard, another necessary element of a fall claim, is normally a question of fact for jurors to resolve.

Owners are only legally responsible for damages if they knew, or should have known, about the ice patch or other fall hazard.

Direct evidence of actual knowledge could be security camera footage which shows an icy patch on the ground or a report of such a hazard. This evidence usually surfaces during the discovery process.

Connect with an Experienced Attorney

Schedule a free initial consultation with the personal injury attorneys at the O’Donnell Law Offices by calling 570-821-5717 or going online today. We serve clients in Kingston, Wilkes Barre, Hazleton and Pittston. There are no fees or costs until we win your case.

By O'Donnell Law Offices | Posted on January 22, 2021
« Common Causes of Truck Accidents in Pennsylvania
How Can a Personal Injury Attorney Help Hit and Run Victims? »