How Can a Personal Injury Attorney Help Hit and Run Victims? 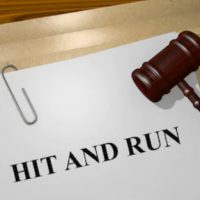 In some jurisdictions, law enforcement agencies solve fewer than 10 percent of hit-and-run accidents. Unless investigators have a solid lead pointing to the suspect’s identity, they often give up. Perhaps a bigger reason for the low resolution rate is the high burden of proof in criminal court. More on that below.

Even if the tortfeasor (negligent driver) did not voluntarily come forward or remain at the scene, these crash victims still have legal options. Additionally, a personal injury attorney can do more than stand up for victims in court. An attorney can also take care of immediate needs, like vehicle replacement and medical attention.

Tracking Down the Tortfeasor

Identifying the negligent driver is usually a top priority in these situations. Compensation might be available in other ways. But it’s important for tortfeasors to accept responsibility for the mistakes they make. If that does not happen, their bad driving habits might persist, and other people might get hurt.

In order to track down the tortfeasor, an attorney often partners with a private investigator to do things like:

The aforementioned burden of proof comes into play here as well. In criminal court, prosecutors must establish guilt beyond a reasonable doubt. Generally, prosecutors must place the tortfeasor behind the wheel at or near the time of the crash. Frequently, such evidence is unavailable, which is why many investigators quit.

But in civil court, the burden of proof is only a preponderance of the evidence (more likely than not). That’s a much lower standard.

Assume a camera records the tortfeasor’s license plate number. In criminal court, that’s probably insufficient evidence. But since it is more likely than not that the owner was also the driver, that’s probably enough proof to obtain compensation in civil court.

A claim against one’s own insurance company is the leading alternative if an attorney cannot locate the tortfeasor.

Most people have uninsured or underinsured motorist coverage. If that’s the case, an attorney can help them file claims under these provisions. Since the insurance company wants to keep its customer happy, these claims often settle quickly and on victim-friendly terms.

If that’s not the case and the insurance company fights the claim, the matter usually goes to arbitration instead of trial.

Reach Out to a Thorough Attorney

Schedule a free initial consultation with the personal injury attorneys at the O’Donnell Law Offices by calling 570-821-5717 or going online today. We serve clients in Kingston, Wilkes Barre, Hazleton and Pittston. There are no fees or costs until we win your case.