How Will Pennsylvania’s Shared Fault Rule Affect my PI Claim? 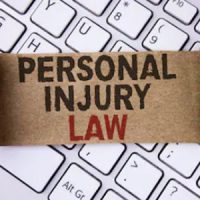 Personal injury law allows you to sue an individual who has negligently or recklessly acted in a way that caused physical (or in some cases, emotional) harm or even death. For instance, if a surgeon made an error during an operation that resulted in organ damage, the patient (or their family) could sue to recover for the resulting financial harm. However, what happens if the surgeon isn’t the only one at fault? What if the patient also acted negligently in a way that contributed to the resulting harm? For example, suppose the patient went against medical advice and took Ibuprofen prior to the operation without disclosing it to the surgeon. This is where shared-fault or comparative negligence rules come into play.

What is Pennsylvania’s Comparative Negligence Rule?

Pennsylvania applies a modified comparative negligence rule. This rule compares the relative amount of fault of each party for causing the harm. In other words, it looks at the incident that occurred and asks (based on percentage) how much each parties’ negligent actions contributed. The percentage fault assigned to each party is decided by the jury, based on evidence provided by each party. If the jury finds that the injured party is more than 50% at fault for their own injury, they will not be able to collect any damages. If they are found to be less than 50% at fault, their total award will be reduced in proportion to their percentage of fault.

Returning to the example above, say the financial harm resulting from the organ damage was found to be $100,000, and the jury finds the surgeon to be 90% at fault, and the patient to be 10% at fault (because taking the Ibuprofen caused excessive bleeding which contributed to the organ damage). In this case, the patient would collect $90,000 (the total $100,000 award minus 10%).

How Will This Affect my Claim?

Pennsylvania courts are required to apply this rule to all personal injury claims that are tried in court. So, if you plan on trying your personal injury claim in court, it’s likely that the other party will try and find a way to argue that you are at least 50% at fault for causing the accident, even if it isn’t true. It’s advisable to go into court expecting this tactic. An experienced Pennsylvania personal injury attorney will know how to prepare and strategize in anticipation of the other party asserting this defense.

However, even if you don’t go the trial route, it’s likely that comparative fault will still be a hot topic in settlement negotiations. An experienced personal injury lawyer will be prepared for these negotiation tactics and will know how to put your best case forward while defending any weaknesses. In short, even if you are not without fault, it can still be lucrative and beneficial to bring a personal injury suit.

What to do Next

If you’ve experienced an injury due to the reckless or negligent actions of another person or business, it’s important to stand up for yourself and get the support you deserve. Schedule a free initial consultation with the personal injury attorneys at the O’Donnell Law Offices serving clients in Kingston, Wilkes Barre, Hazleton and Pittston at 570-821-5717 or online today. There is no fee or costs until we win your case.

By O'Donnell Law Offices | Posted on February 26, 2021
« Do I Still Have Time to Bring a Personal Injury Claim?
Think the Pandemic Would Lead to Fewer Fatalities in Vehicle Crashes? Better Think Again »