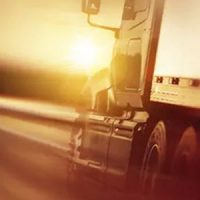 Few things are more deadly than a semi-truck rolling over at a high speed on a highway. In fact, despite representing only a small percentage of overall trucking accidents, they are also responsible for the most deaths. However, it’s really no surprise why. Semi-trucks can legally weigh up to 80,000 pounds, while a standard passenger vehicle weighs approximately 5,000 pounds. A semi-truck rolled over on its side and in motion could easily clear several lanes of traffic and all the vehicles in them. Not to mention that if the contents of the truck are hazardous the damage can be even more extensive. For instance, if the truck is transporting bumble bees or hazardous chemicals, it can seriously harm people who weren’t even impacted physically by the truck. While this may seem like an extreme example, it’s not at all. There are tens of thousands of roll-over trucking accidents each year, and with trucks carrying every possible type of cargo, there’s no limit to the kinds of contents that can be spilled on to our highways and cause harm to drivers.

Roll-over trucking accidents rarely happen in the absence of negligence. If a driver is following all laws and adhering to a reasonable standard of care, there are very few ways that such a catastrophic accident could occur. Even in instances where the truck driver was not negligent, it’s possible that other parties were. For example, there may be a product liability issue (such as a mechanical part malfunctioning and causing the trailer to partially detach), or overloading by the supplier that the truck driver was not aware of. If you have been injured in a roll-over truck accident that was not your fault, a Pennsylvania personal injury attorney can help you determine the best course of action to get compensation for the harm you have suffered. An experienced personal injury attorney will know how to get information that you don’t–for instance, break logs–to determine whether the truck driver was operating the truck while fatigued.

If you have been injured in a Pennsylvania trucking accident, you do not have to shoulder the burden alone. Schedule a free initial consultation with the  personal injury attorneys at the O’Donnell Law Offices serving clients in Kingston, Wilkes Barre, Hazleton and Pittston at 570-821-5717 or online today. There is no fee or costs until we win your case.

By O'Donnell Law Offices | Posted on June 11, 2021
« What Do “Work Related Injury” And “Occupational Disease” Really Mean?
Fatal Pennsylvania Motorcycle Accidents On The Rise As Helmet Use Decreases »