Fatal Pennsylvania Motorcycle Accidents On The Rise As Helmet Use Decreases 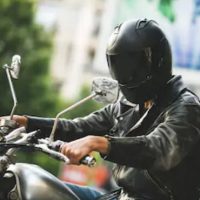 In 2003, Pennsylvania repealed the law requiring that anyone operating a motorcycle wear a helmet. Pennsylvania now has a number of exceptions, allowing several categories of people to legally avoid wearing helmets, including motorcyclists over 21-years-old with more than two years of riding experience and those who have completed an approved motorcycle safety course. While this requirement ensured that only skilled and experienced motorcycle drivers would be without helmets, it is undeniable that since this change, there has been a significant increase in Pennsylvania motorcycle fatalities.

Since the helmet requirement was repealed, there has been a significant decrease in voluntary helmet usage in Pennsylvania. One study reflects that in the two years following the repeal of the helmet law, helmet usage decreased among motorcyclists from 82% to 58%.

It’s hard to ignore that this decrease in helmet usage is also accompanied by a steep increase in fatalities. The annual average of motorcycle fatalities in Pennsylvania has increased by 77. Additionally, non-fatal motorcycle accidents have also increased. One study published by the Post-Gazette indicates that head injuries from motorcycle accidents have risen by as much as 42%, while acute injuries requiring hospitalization have increased by a staggering 132%.

Other Explanations for the Increase

Experts state that a large number of fatalities and those injured are individuals who are riding without helmets and did not meet the legal requirements to do so. However, it is clear that those injured are not limited to those who lack motorcycle experience. Each year thousands of experienced motorcyclists are injured and killed due to circumstances outside of their control, such as slick roadways due to ice or oil, being side-swiped, hit, or unseen by a distracted or inattentive driver, debris on the road or from other vehicles, and uneven or damaged roadways. In many of these situations, no amount of training can help you avoid injury, but a helmet may be able to help you mitigate it.

Another possible explanation for the increased accidents and fatalities is that there are dramatically more motorcyclists on the road now than there were in 2002 when the law was passed. In fact, registrations for motorcycles have increased by over 60% since 2002. With so many new drivers on the road, and the increased volume of drivers in general, it is possible to gain some insight into why there has been such an increase in tragic accidents. The data does make one thing clear: you cannot control everything around you, you can’t ensure that all other drivers will see you and obey the law, and you can’t guarantee that the roads will be smooth and dry and free of potholes and debris, but you can control whether you wear a helmet. Making that choice alone can increase your chance of surviving an accident by 29%.

If you have been injured in a Pennsylvania motorcycle accident that was not your fault, the O’Donnell Law Office is ready to zealously advocate on your behalf and ensure that you get the compensation you are entitled to. Schedule a free initial consultation with the  personal injury attorneys at the O’Donnell Law Offices serving clients in Kingston, Wilkes Barre, Hazleton and Pittston at 570-821-5717 or online today. There is no fee or costs until we win your case.”

By O'Donnell Law Offices | Posted on June 25, 2021
« Proving Negligence In Roll-Over Truck Accidents
Why Keep A “Pain Journal” After Your Accident? »