When To Seek Medical Attention After A Car Accident 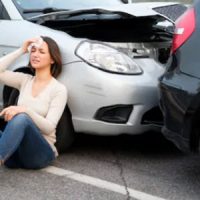 We are asked all the time, “Do I need to see a doctor after a car accident? How long can I wait?” In short, yes, you do need to see a doctor after an accident–and accident–and you should do so immediately. If you have been in a car accident, even if you believe the accident was minor, it is always important to seek medical attention as soon as possible. This is true even if you do not appear to be injured or there was not significant damage to the vehicles. The reality is that even low-speed accidents involve being hit with at least 6,000 pounds of force. Sometimes these cause injuries that are immediately apparent, like broken bones and lacerations. However, other times, injuries are not apparent immediately, and may even take several days after the crash to become apparent.

As noted above, life-threatening injuries are not always visible. Internal bleeding, traumatic brain injuries, and organ damage, can all be suffered in objectively minor crashes with no immediate external signs. Getting a medical assessment immediately following an accident can allow you to be assessed for signs of a more serious condition before it becomes deadly.

Delayed pain is a real phenomenon that can occur after an accident, resulting in pain from injuries sustained in the crash not becoming apparent to the injured party for 5-7 days following the collision. This can happen for a number of reasons. Soft tissue injuries, such as damage to the spinal cord, neck, tendons, and ligaments, can all take time to manifest. Even injuries such as herniated disks, which can ultimately cause debilitating pain, can take days to become apparent. This can also be partially due to adrenaline, which is stimulated during a life-threatening experience, like a car crash, and which blocks pain signals to the brain. This means that while the injury did occur at the time of the crash, we weren’t able to feel it until later.

Waiting Until Later Can Hurt Your Claim

Many people want to avoid making a scene at an accident and don’t want to risk making a big deal out of nothing. They may notice minor aches or pains but hope that they pass and decide to wait and see before seeing a medical professional. However, if it later turns out that they did sustain an injury in the accident, the time they waited can be a bar to recovering for the harm. One of the most commonly used defenses by insurance companies is the amount of time between the accident and medical treatment. Insurance adjusters argue that if the individual was really impacted by or concerned about their injury they would have sought medical attention immediately. Waiting 4-5 days can create the impression that it did not cause serious pain or significantly impact your daily life, both of which are factors that can impact your settlement.

Talk to a Personal Injury Lawyer

If you’ve been involved in a Pennsylvania car accident, a lawyer can help protect your interests and get you the settlement that you deserve. Schedule a free initial consultation with the  personal injury attorneys at the O’Donnell Law Offices serving clients in Kingston, Wilkes Barre, Hazleton and Pittston at 570-821-5717 or online today. There is no fee or costs until we win your case.

By O'Donnell Law Offices | Posted on August 27, 2021
« Have You Been Injured In A Pennsylvania Boat Or Jetski Accident?
E-Scooter Injuries »