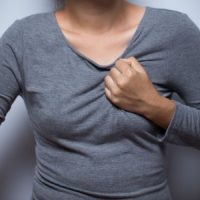 Heart disease is the leading cause of death in the United States and among women. In fact, one in every four women dies of heart disease. A new study suggests that a significant reason that women may be more likely to die of heart disease than men is that doctors misdiagnose or overlook their symptoms over half of the time.

Why are Heart Attack Symptoms Missed in Women?

Data reflects that there is actually a very wide range of possible heart attack symptoms. However, the best known symptoms, such as a crushing pain in your chest and arm, are predominantly experienced by men. Women are more likely to present with symptoms such as nausea, dizziness, shortness of breath, heart palpitations, and stomach pain. Although these are all symptoms of a heart attack, without additional chest pain, doctors frequently dismiss these complaints or don’t make the connection to a possible cardiac episode. This is a huge and dangerous problem considering that half of all patients do not experience chest pain as the result of a heart attack. This oversight on the part of doctors can lead to a failure to treat cardiac episodes that can prove fatal. Women are frequently being misdiagnosed with anxiety disorders, panic attacks, indigestion, and acid reflux, when what they really are experiencing is a heart attack. There is also unfortunately a lack of public knowledge about these lesser-known heart attack symptoms, so patients are unable to advocate for themselves effectively because they do not have reason to know that the symptoms they’re experiencing could be indicative of a life-threatening condition. Essentially all the medical training and publicly-disseminated information up until this point has focused on symptoms that primarily manifest in men, and it is leaving a large section of the population vulnerable to misdiagnosis and insufficient treatment.

When is it Medical Malpractice?

Medicine is complex and it can be difficult and complicated to arrive at a medical diagnosis. Even a doctor who is adhering to the expected standard of care may arrive at an incorrect diagnosis. That would not amount to medical malpractice, as the doctor did not breach their duty of care. However, if the doctor did not rise to the level of necessary care and a patient suffered an otherwise avoidable heart attack or cardiac episode as a result, then the doctor can be held accountable with a medical malpractice claim. The question to ask when determining whether it rises to the level of medical malpractice is whether another similarly situated doctor would have made the same mistake. If another doctor in a similar position and field would have arrived at the same conclusion, then the doctor probably met their duty of care. However, if they made a mistake or reached a conclusion that another doctor would have been unlikely to, then it is a strong indicator that your medical malpractice claim will be successful.

If you have suffered a heart attack or serious injury due to a doctor or medical facility’s negligence, you do not have to navigate the process alone. Schedule a free initial consultation with the  personal injury attorneys at the O’Donnell Law Offices serving clients in Kingston, Wilkes Barre, Hazleton and Pittston at 570-821-5717 or online today. There is no fee or costs until we win your case.

By O'Donnell Law Offices | Posted on September 17, 2021
« Safety Tips For Pedestrians
Is My Car Accident Covered By Workers’ Compensation? »