Over 30 Youths And Volunteers Injured In Pennsylvania Bus Accident 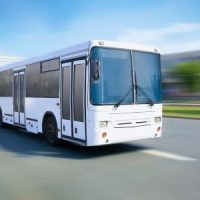 A coach bus carrying Sunday school students and chaperones was involved in an awful crash on Interstate 81 in Schuylkill County. According to witnesses, the coach bus went off the road, crossing State Route 25 and colliding with a guard rail before landing about fifty yards away in a wooded area. Police have stated that the driver of the bus lost control of the vehicle “for an unknown reason.” It is unclear at this point whether the accident was caused by driver negligence, environmental conditions, or a vehicle defect. Reportedly, every single passenger on board the bus suffered varying degrees of injuries and had to be transported to local hospitals. Officials explained that due to the high number of injured individuals, they couldn’t all be sent to one hospital without overwhelming its emergency department, so the victims had to be separated and dispersed amongst a number of hospitals in the county. Police said a number of victims had to be transported to the hospital by helicopter because of the severity of their injuries. In all, thirty-two people were transported to local hospitals, including five who were transported by helicopter. These five individuals were all said to be in critical condition. A firefighter who responded to the accident also suffered injuries and had to be treated at a local hospital. No deaths have reportedly resulted from the crash at this time. The police have not released any further details indicating who may be liable for the accident and whether any charges will be brought.

Will Victims Be Able to Bring a Lawsuit?

Whether victims of the bus accident will have standing to bring a lawsuit depends on what the cause of the bus crash is determined to be. If the cause of the bus crash is determined to be driver negligence, such as speeding or insufficient training, the driver and the bus company may be able to be held liable through a personal injury lawsuit. In order to have standing to bring a personal injury lawsuit, their injuries must have been caused as a direct result of someone else’s negligence (such as the bus driver, company, or another driver). On the other hand, if vehicle defects caused or contributed to the accident, such as a defective steering component causing the driver to lose control of the vehicle, the manufacturer of the component (and in many cases, the vehicle) can also be held liable. Often, there will be multiple liable parties. Talking to a lawyer can help you to determine exactly who is liable in your case and what the best avenues to compensation are.

Talk to a Personal Injury Lawyer

Bus accidents can be complex to litigate, so it’s critical to have quality representation on your side. Schedule a free initial consultation with the  personal injury attorneys at the O’Donnell Law Offices serving clients in Kingston, Wilkes Barre, Hazleton and Pittston at 570-821-5717 or online today. There is no fee or costs until we win your case.

By O'Donnell Law Offices | Posted on January 14, 2022
« Were You In An Accident Caused By A Vehicle Defect?
Can I Sue For A Herniated Disc? »