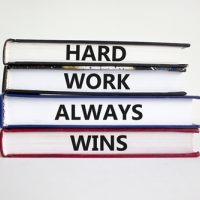 Neil O’Donnell and Gerard Gaughan secured an important Win for Our Clients. The regular use exclusion unfairly limits insurance coverage. Please learn more about this important win below.

Another Federal District Court Finds that the Regular Use Exclusion is Invalid And Makes a Prediction…..

On the heels of the Western District Court decision in Johnson v. Progressive Adv. Ins. Co. summarized on Friday here on Tort Talk (See that Tort Talk post at this LINK), comes Judge Malachy E. Mannion’s decision out of the Federal Middle District Court of Pennsylvania denying a carrier’s motion for summary judgment based upon an effort to rely upon a Regular Use Exclusion.  Judge Mannion predicted that, if faced with this same issue, the Pennsylvania Supreme Court would rule in the same fashion.

In the Federal Court case of Evanina v. The First Liberty Ins. Corp., No. 3:20-CV-00751-MEM (M.D. Pa. Feb. 25, 2022 Mannion, J.), the Court denied a carrier’s motion for summary judgment on a Plaintiff’s UIM claim in which the carrier was attempting to rely upon the Regular Use Exclusion.

According to the Opinion, the Plaintiff, who was a home health worker, was in a motor vehicle accident and secured the minimal policy limits available under the tortfeasor’s policy. At the time of the accident, the Plaintiff was operating a vehicle that was owned by her employer.  That vehicle was insured by Philadelphia Indemnity Insurance Company.

At the time the Plaintiff was also covered under another UIM policy issued by First Liberty Insurance Company, which presumably covered her personal vehicle (the Opinion does not so state or specify).
The Plaintiff settled for the minimal policy liability limits possessed by the tortfeasor.

The second-tier carrier, First Liberty, denied coverage to the Plaintiff under the Regular Use Exclusion contained in its policy.

Thereafter, the Plaintiff commenced this breach of contract claim against First Liberty.  A motion for summary judgment was eventually filed by First Liberty which resulted in this decision being issued by Judge Mannion.

The court confirmed that the issues in this case were being addressed after the previous issuance of the Pennsylvania Superior Court’s decision in Rush v. Erie Ins. Exchange, 256 A.3d 794 (Pa. Super. 2021), in which that court held that regular use exclusions were not enforceable because they run counter to Pennsylvania’s Motor Vehicle Financial Responsibility Law.

In this Federal Court matter, the carrier attempted to argue that the regular use exclusion was still valid even though the Superior Court invalidated it in Rush. The insurance company attempted to cite to the Pennsylvania Supreme Court Opinion in Williams v. Geico Govt. Emp. Ins. Co., 32 A.3d 1195 (Pa. 2011).

Judge Mannion reviewed certain recent Pennsylvania Supreme Court decisions such as the Gallagher v. GEICO decision and the Donovan v. State Farm decision in both of which the Pennsylvania Supreme Court had ruled that the household exclusion was invalid and, therefore, unenforceable.  The Court in this Evanina case noted that the houshold exclusion was “a substantially similar exclusion [as compared] to the regular use exclusion.”  See Op. at p. 15 [bracket inserted here].

Accordingly, Judge Mannion ruled in the same fashion and denied the UIM carrier’s motion for summary judgment as a result.

Anyone wishing to review a copy of this decision may click this LINK.

I send thanks to Attorney Scott Cooper of the Harrisburg, PA law office of Schmidt Kramer for bringing this case to my attention. I note that the Plaintiff’s attorneys in this Evanina case were Neil O’Donnell and Gerard Gaughan of the O’Donnell Law Offices in Kingston, PA.

By O'Donnell Law Offices | Posted on March 2, 2022
« What To Do If My Social Security Benefits Get Denied
Scranton Man Dies In Manufacturing Plant Accident »