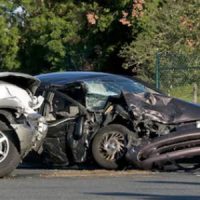 The U.S. Department of Transportation has declared a crisis after finding that a record-breaking number of people were killed in traffic accidents. The statistics released by the Department reflect that over 20,000 traffic fatalities occurred within a six-month period, which is the highest number of fatalities within such a short period of time since 2006. The statistics also confirm that the increase in speeding and traffic accidents that was initiated at the beginning of the pandemic has not decreased, but has rather remained consistent, despite roadways and police presence now being increased as opposed to at the beginning of the pandemic, when speeding was abundant due to empty roads.

The study also revealed the speeding was a contributing factor in nearly half of all fatal accidents, meaning that many of these deaths could have been avoided if both drivers had been adhering to traffic laws and regulations. While the U.S. Department of Transportation has initiated a plan to help reduce such accidents and fatalities, it will likely be a while before any results are apparent, as it is primarily aimed at building safer roads and reducing speed limits on highways.

Suing for Vehicle Collisions in Pennsylvania

The increase in fatal vehicle accidents nationwide is mirrored in Pennsylvania which has a number of large and heavily-traveled highways. If you have been injured or lost a loved one due to a car crash in Pennsylvania that was caused by someone else’s negligence, you likely have standing to bring a personal injury lawsuit to recover for any damages that you incurred as a result of the collision. A personal injury lawsuit allows you to recover for all economic damages incurred as a result of the accident as well as for pain and suffering caused by the physical and emotional trauma of your injuries. Unlike most personal injury claims, which require you to establish that the other driver was negligent and that their negligence caused your injury, in a situation where the other driver was speeding or breaking the law, you must only establish that you were injured. This is because in such situations, the doctrine of negligence per se applies, imbuing a presumption of negligence when a driver was breaching their duty of care by breaking traffic laws designed to keep drivers safe. Therefore, you only have to establish that they were speeding and you suffered an injury which caused you to suffer financial harm. This greatly increases your chances of recovery.

Schedule a Consultation with the O’Donnell Law Offices

If you or a loved one have suffered a serious injury or even death as a result of a speeding or reckless driver in Pennsylvania, our lawyers can help. Schedule a free initial consultation with the  personal injury attorneys at the O’Donnell Law Offices serving clients in Kingston, Wilkes Barre, Hazleton and Pittston at 570-821-5717 or online today. There is no fee or costs until we win your case.

By O'Donnell Law Offices | Posted on April 1, 2022
« Do You Have Whiplash Caused By A Rear-End Accident?
Dog Bites In Pennsylvania »