Thank You for Your hard work

Dear Neil: Thank you so much for all your hard work and support through this ‘journey’ – Warmest Regards B & K 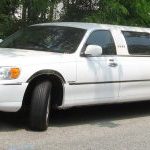 Earlier this month, 20 people were killed when a stretch limousine barreled through a stop sign and crashed into two others celebrating a family wedding. In the subsequent investigation by the National Transportation Safety Board (“NTSB”), Nauman Hussain, the operator of the limousine company that provided the limo involved in the crash, was charged… Read More » 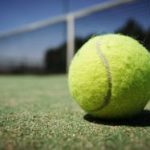 CHAOS AT THE U.S. TENNIS OPEN

In the 2018 U.S. Tennis Open final match between Serena Williams and Naomi Osaka, tempers flared over rules violations. Umpire Carlos Ramos, during the second game of the second set, called Serena Williams for a code violation for “illegal coaching”. Setting aside the obvious — that the anti-coaching rule is outdated and needs to… Read More » 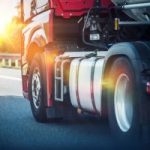 In 2016, nearly 4,000 Americans died in collisions involving large trucks. Current law allows 28′ trailers to be hauled in tandem. But certain forces in the trucking industry, however, want to go to 33 foot trailers or “Twin 33’s” in all states — adding approximately 18% more capacity to tandem trailers. “Twin 33’s” are… Read More » 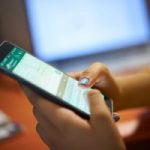 Applying for a New Job? Review Your Social Media

We see it regularly in the news — whether it is Joy Reid of MSNBC, Guardians of Galaxy Director James Gunn, or New York Times Editorial Board Member Sarah Jeong — people can be called on to explain prior social media posts. In fact, it is quite common for companies to review online social… Read More » 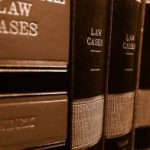 Last June the Pennsylvania Supreme Court dealt an important and justified win for injured workers in Protz v. WCAB (Derry Area School District).  The High Court determined that the impairment rating provisions of the Pennsylvania Workers’ Compensation Act are unconstitutional in their entirety.  In so doing the Court wiped out a section of the… Read More »

In a 5-4 decision issued last week, the United States Supreme Court held police must obtain a search warrant before seeking data showing the location of cell phone users. Importantly, this is the third in a series of rulings limiting police access to digital data. Writing for the majority in Carpenter v. U.S., Chief… Read More »

The Importance of Discovery Documents in Litigation Cases

This post was originally published on May 23, 2016. The purpose of discovery is to acquire information from the opposing side to be used for the purpose of trial and the eventual resolution of the case. Interrogatories are part of the discovery process.  They are a list of questions modified to the specific case… Read More » 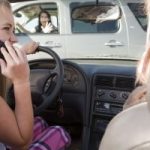 When a Person Is Injured in a Motor Vehicle Collision, Early Investigation Is Key.

This post was originally published on Sep 19, 2016 When a person is injured in a motor vehicle collision, due to a defective product, or the consequence of poor property maintenance, gathering evidence immediately after the injuring incident is crucial.  As one might expect, with time and human intervention, important evidence can be lost,… Read More »

As Presidential Pardons are back in the news, the topic deserves additional consideration: 1. A pardon may precede criminal charges. One not need to be charged with crime to receive a pardon for potentially criminal activity. President Ford pardoned former President Richard Nixon prior to the filing of any criminal charges, conclusively ending “our… Read More »