Attorney Neil T. O’Donnell of O’Donnell Law Offices has been named as 2014’s “Lawyer of the Year” in Best Lawyers’s Plaintiff Personal Injury Litigation . O’Donnell was again recently selected by his peers for inclusion in The Best Lawyers in America@ 2014 (Copyright by Woodward/White Inc. of Aiken, SC). Only a single lawyer in… Read More » 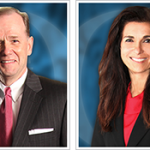 Attorneys Neil and Catherine O’Donnell recently attended the 2013 Pennsylvania Super Lawyers Reception. The event was held on June 12, 2013 at the Pennsylvania Academy of the Fine Arts in Philadelphia. Thanks to all who attended and congratulations to all honorees.

Attorneys Neil O’Donnell and Michael O’Donnell of O’Donnell Law Offices recently spoke to students at Meyers High School to raise student awareness on the hazards of distracted driving. Their presentation was in conjunction with an initiative through the Pennsylvania Association of Justice. The presentation was conducted as part of End Distracted Driving[EndDD]’s Student Awareness… Read More »

Attorneys Neil and Catherine O’Donnell recently attended the 2013 Pennsylvania Super Lawyers Reception. The event was held on June 7, 2013 at the Pennsylvania Academy of the Fine Arts in Philadelphia. Thanks to all who attended and congratulations to all honorees.

American Lawyer Media and Martindale-HubbellTM have selected Northeastern Pennsylvania Attorney Catherine R. O’Donnell as a “2013 Top Rated Lawyer in Trusts and Estates.” Catherine will be featured in the July 2013 issue of the American Lawyer and Corporate Counsel Magazine. Attorneys recognized as “Top Rated Lawyers” have received this notable achievement which is based… Read More »

O’Donnell Law Offices, Kingston, Pennsylvania, today announces the launch of a new campaign, “Walk-In Wednesdays,” designed to provide immediate access for accident victims who have been injured and need an attorney. The campaign will run from February 20 through April 3, 2013 and invites any injured person needing an attorney to simply walk into… Read More »

Judge Thomas Wallitsch (Ret.) recently issued an Order in the arbitration case of Bradigan v. Progressive in which he denied a Defendant’s Motion for Protective Order regarding an independent neuropsychological examination. Although this Order is not binding precedent, it is noteworthy on the issue presented. In his Order, Judge Wallitsch stated that he found the Opinion… Read More »

In the matter of Franchetti v. Ranieli, No. 7461 of 2010 (CP Luz. Co. 2012 Burke, P.J.), President Judge Thomas F. Burke, Jr., granted a Plaintiff’s Motion for Protective Order and limited a vocational expert’s examination to four (4) hours. President Judge Burke further compelled that the examination would be conducted Interrogatories in a local… Read More »