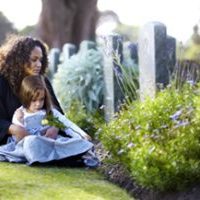 Following six days of testimony, a jury in Luzerne County Court heard closing arguments Monday to decide whether 74-year-old Judith McGuinness was negligent when her car struck a 3-year old girl on Church Street in Hazleton.

The child, Joann Torres, died following the December 16, 1997 accident. Her mother, Maruja Arce of Hazleton, filed a lawsuit against McGuinness seeking in excess of $40,000 for the “negligent infliction of emotional distress.”

Attorney Neil O’Donnell, who is representing 24-year old Arce, charge Joann Torres was “snatched” from her mother’s hand by McGuinness’ Nissan Maxima as the child stepped onto Church Street.

O’Donnell told the jury Monday that his client was “blameless” and “faultless” and witnessed her child being hit by McGuinness’ vehicle and thrown to the ground.

“Someone got killed here. Joann Torres is dead,” O’Donnell said during closing arguments. “Maruja Arce suffers that loss every single day … All that remains now is pain and despair.”

O’Donnell urged the jury to send out a message to McGuinness to “stop driving at night.” He charged that since the woman “gambled” with her eyesight, Arce suffered the “enormous loss” of her child.

O’Donnell also stressed to the jury that McGuinness has to be held “accountable.”

Attorney Thomas Comeford, who is representing McGuinness, denied that his client caused the 1997 accident. Noting that McGuinness also was “anguished” over the accident and drove the child to the hospital, Comeford disputed that McGuinness was at fault.

Comeford said McGuinness was driving 20 to 25 miles per hour and has “perfect vision in her right eye.”

“All you need is one good eye. That’s all the law requires.” Comeford told the jury during closing arguments. “Mrs. McGuinness was in the wrong place at the wrong time.”

Comeford displayed a police report showing that McGuinness told police she was “watching the road” and that she did not see the child run out in front of her vehicle, but she only heard the impact.

McGuinness also told police that she did have her headlights on and was wearing her glasses, Comford said.

Comeford further argued that if the child did not just step onto the road, “what chance did this woman have to avoid the accident?”

According to court documents, the accident occurred at approximately 5:30 p.m. on December 16, 1997.

Arce contended she was walking with her four children and an adult cousin on the sidewalk continuous with the northbound lane of Church Street.

As the group approached Church and Fern Streets, O’Donnell contends that Arce determined there was no traffic and proceeded to walk westward to look at the lighted Christmas tree.

As the group was attempting to cross the street, O’Donnell charged that McGuinness struck Joann Torres “with such force and violence as to rip the child’s hand from the mother’s hand and throw her to the ground where she remained until her mother picked her up and they were then transported to the hospital.”

Arce’s attorney charged McGuinness was negligent and should have “slowed” or “swerved” her vehicle to avoid striking the child.

O’Donnell called the accident “tragic” Monday and urged the jury to “dispense justice.”

Comeford, however, said McGuinness was not the woman the plaintiff’s counsel has portrayed and said it was “impossible” not to see her vehicle coming.