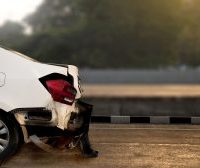 Nearly every driver has experienced it one way or another–road rage! Road rage is driving in an aggressive or hostile manner. While its natural to feel some level of anger or frustration when someone cuts you off; pushes their way in between you and the vehicle in front of you; or the vehicle is weaving back and forth in front or beside you, clearly distracted; the actions you actually take matter. The shoe may even be on the other foot, maybe another driver thinks you have somehow been driving inappropriately on their response escalates the situation and perhaps even endangers you.

Jerry Deffenbacher, PhD, a psychology professor at Colorado State University, notes that even typically calm, reasonable people can sometimes turn into warriors behind the wheel; when provoked, they yell obscenities, wildly gesture, honk and swerve in and out of traffic, and may endanger their lives and others.   A recent study by the AAA Foundation for Traffic Safety found that nearly 80 percent of drivers expressed significant anger, aggression or road rage behind the wheel at least once in the previous year. In a survey conducted by the AAA Foundation, nearly 9 in 10 respondents said they believed aggressive drivers were a “somewhat” or “very serious” threat to their personal safety. Previous research by the AAA Foundation found that from 2003 to 2007, over half of fatal crashes involved at least one driver who performed a potentially aggressive action.

You can control your actions or reactions. Taking a deep breath and doing your best not to escalate the situation is not just the “right” or “moral” thing to do. It is the safest thing to do. You cannot put another vehicle(s) in danger because of inappropriate driving. If another vehicle has caused an accident or is effecting your ability to drive your vehicle in a safe manner, you should dial 911 and tell the police you need help. Try to get the license plate numbers and the make and model of the offending vehicle and your exact location or mile marker, if possible. However, by chasing or following the vehicle, you may cause an accident or cause the other vehicle to take some further unsafe action against you and/or your vehicle. “Chasing” the other vehicle may even cause you to be cited or arrested. Road rage has become such a prevailing force , AAA published a pamphlet with useful suggestions on how to avoid being the “aggressive” driver or being the victim of an “aggressive” driver. So, take your time and be prepared. https://www.aaafoundation.org/sites/default/files/RoadRageBrochure.pdf

By O'Donnell Law Offices | Posted on July 10, 2017
« What You Need to Know About Auto Insurance
Car Trouble »