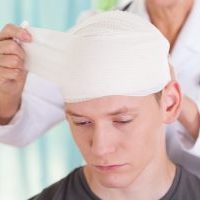 In a decision issued on December 28, 2018, the Pennsylvania Supreme Court held a child who sustained a concussion during gym class could maintain a lawsuit against the school district.

Jarrett Brewington said he was “running too fast and couldn’t stop and I tripped and fell. . . and hit my head on the wall.” Brewington, a 9-year old elementary student in Philadelphia, was knocked unconscious and sustained a mild traumatic brain injury while racing in gym class.

Generally speaking, school districts enjoy the immunity provisions found in the Pennsylvania Tort Claims Act. But the Pennsylvania Supreme Court, upholding a Pennsylvania Commonwealth Court decision, determined that this case fell within the exceptions to immunity. In the Supreme Court’s opinion, issued by Justice Debra Todd, the Court found that Brewington’s mother successfully alleged negligent acts which would trigger an exception to the school district’s governmental immunity. Brewington v. City of Philadelphia, 23 EAP 2017.

Plaintiff, Jarrett Brewington, did not raise a claim of “negligent supervision” which would have been precluded by the Tort Claims Act.

Specifically, the Court found that an unpadded concrete wall which caused the student’s injuries, constituted a real property in the school’s possession, and triggered an exception to immunity:

“In coming to this conclusion, we find the real property exception, by its express definitional terms, includes a failure to provide safety features in situations where such a duty otherwise exists. Indeed, our case law confirms that acts of a local agency which render a property unsafe for the ‘activities for which it is regularly used, for which it is intended to be used, or for which it may reasonably be foreseen to be used, are acts which make the local agency amenable to suit’.”

Importantly, Justice David Wecht authored a concurring opinion in which he joined the majority, but also confirmed his belief that the Mascaro decision should also be revisited. Stayed tuned on this issue. Craig Falcone represents Brewington and stated:

“It’s a win for victims in this case. I think the issues in this matter were squarely addressed by the Supreme Court, which clarified the law.”