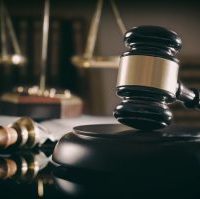 The Pennsylvania Superior Court, in a ruling issued June 11, 2019, reversed a Trial Court decision which dismissed a claim of sexual abuse as time-barred. Specifically, in the case of Renee Rice v. Diocese of Altoona-Johnston, a unanimous three-judge panel of the Pennsylvania Superior Court allowed this clergy sexual abuse case to proceed holding:

As Ms. Rice points out, prior to the Grand Jury Report, no police force, district attorney’s office, or governmental agency investigated the Diocesan Defendants for this diocese-wide, child-sexual-abuse scandal. None of the Commonwealth’s prosecutors, investigators, or child protection departments discovered the Diocesan Defendants’ alleged conduct for over 50 years. Thus, we cannot fairly conclude that Ms. Rice’s similar failure to discover their alleged conduct was unreasonable, as a matter of law.

“Until the conflicts in the record are resolved and inferences from the facts are drawn, the issue of whether” Ms. Rice knew or should have known through reasonable, investigative efforts that her injuries were “caused by Defendants’ [intentional] conduct remains disputed.”

This decision may have implications for others to file claims which were previously thought to be time-barred.

Dioceses across Pennsylvania have established Voluntary Compensation Funds in an effort to resolve sexual abuse of minors claims. But time is running out. For example, in the Scranton Diocese, the deadline to report new claims is July 31, 2019, and the deadline to file all claims is September 30, 2019. If you have been sexually abused by clergy, please call us. We can help you.

By O'Donnell Law Offices | Posted on July 10, 2019
« Who is Liable for My Truck Accident?
Why Should I File a Truck Accident Lawsuit? »