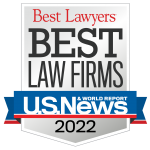 KINGSTON, Pa. – O’Donnell Law Offices has been recognized on the “Best Law Firms” list by U.S. News & World Report and the Best Lawyers publication. The list, which is in its 12th year, is based on client and lawyer evaluations and peer reviews. Ranked firms are organized by national and regional tiers as… Read More » 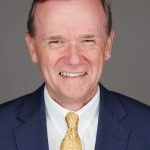 Neil O’Donnell was recently featured in an article by the Citizen’s Voice, a prominent local newspaper for Wilkes-Barre and Scranton. Clergy abuse victims of the Diocese of Scranton now have a compensation program that can help resolve their abuse claims. However, O’Donnell and other experienced attorneys believe that the fund carries additional risks for… Read More » 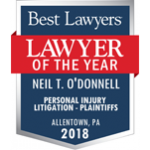 Kingston, PA – Best Lawyers has chosen Attorney Neil T. O’Donnell, owner and founder at O’Donnell Law Offices, “Lawyer of the Year” for Personal Injury Litigation—Plaintiffs in Allentown.  Attorney O’Donnell has been recognized by Best Lawyers for the last 5 years. Recognition by Best Lawyers is based entirely on peer review. Its methodology is… Read More »

LUZERNE COUNTY (WBRE/WYOU) An update on a fatal crash that killed an area musician and left several band mates fighting for their lives. While on tour — the band “Adrenaline Mob” was involved in a fiery crash on July 14th in Florida. Their RV was pulled over to change a flat tire on Interstate… Read More »

Well, unfortunately, our prison tour was postponed.  However, everyone who signed up to participate is eagerly awaiting a new date and time for the tour.   Meanwhile, our class had our closing retreat on May 4th at The Quality Inn, next to TGI Fridays.  We reviewed what we learned and I believe we all… Read More »

Well I must say that being part of the Class of 2017 is extremely rewarding. On April 6th, we had class and seminars at the Pittston Library and we were able to participate in a session where we learned about each other’s ethnic backgrounds.  We were encouraged to bring either a sampling of food… Read More »

Attorneys Neil & Cathy O’Donnell from O’Donnell Law Offices in Kingston talk about their “Walk In Wednesdays” service on PA Live Prime. Click to View the Video »

As an update on my experiences as a member of the LWB Class of 2017, our class had the pleasure of listening to Judge Joseph Cosgrove zealously explain the multiple branches of government and how our judicial system works. He was very engaging and told us many stories to give us examples of the… Read More »

Well I am happy to report that my team has chosen a name…. Olympic Warriors.  We now have a team name and a team logo, which is the Olympic circles enclosed in the outline of Luzerne County.  We had several wonderful names to choose from and it was a tough decision, but we are… Read More »